About the Author – Neil Mammen 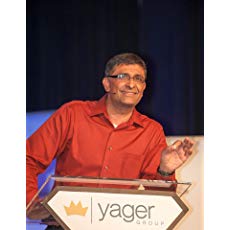 Neil Mammen, a non-hyphenated first generation American immigrant, is an Engineer during the day and an Apologist at night. As an engineer, he spends his time designing video and networking systems, computer chips and boards with TentmakerSystems.com and other US and international engineering companies.

Neil was born in Ghana and grew up in Sudan and Yemen. He came to the U.S. for college and at 20 earned his BSEE in Computer and Electrical Engineering; at 22 he earned his MSEE in Solid State Physics and Computer Engineering. Neil has co-founded four startup companies in Silicon Valley. He has about 20 issued and pending patents in areas varying from Networking, Traffic Shaping, and Packet Processing to LED Local Dimming TV methodologies.

Neil is the founder of NoBlindFaith.com, an apologetics, theology and evangelization ministry. Apologetics is the investigation and defense of the truth of Christianity using facts, reason, science, history, archaeology, and philosophy. Neil is a speaker at conferences around the U.S. He has been featured on: NPR debating Eric Rothschild of the ACLU and Eugenie Scott; and on over 40 radios and TV shows including the Eric Metaxas, show, the Bob Dutko Show, the Lars Larson Show, American Family Radio and on KKLA with Frank Pastore. He is on the board of the Values Advocacy Council and has spoken for the Family Research Council as well as Summit Ministries.

Neil’s Daily Jesus and Politics One Minute Broadcast can be heard on 160 stations around the U.S. on AFR radio. To hear them online visit www.J3IP.WordPress.com

Some of Neil’s blogs can be found at www.CrossExamined.org. and www.NeilMammen.WordPress.com

Neil can be scheduled as a teacher/speaker for conferences, church services, universities or retreats, anywhere in the world. Topics include Apologetics, Theology and Christian engagement in politics: speaking@NoBlindFaith.com 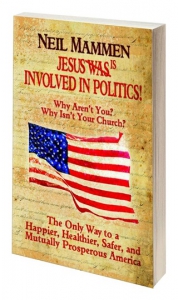 Jesus Is Involved in Politics! Why aren’t you? Why isn’t your church?

Over 40M Christians don’t vote. Get 1/3 of them to the polls to vote for Godly men and women and Godly values and we protect lives and change the future for our Children and our Grand Children.